Context: The Uttar Pradesh (UP) cabinet recently approved the notification of the state’s fourth tiger reserve in the Ranipur Wildlife Sanctuary (RWS) in Chitrakoot district. 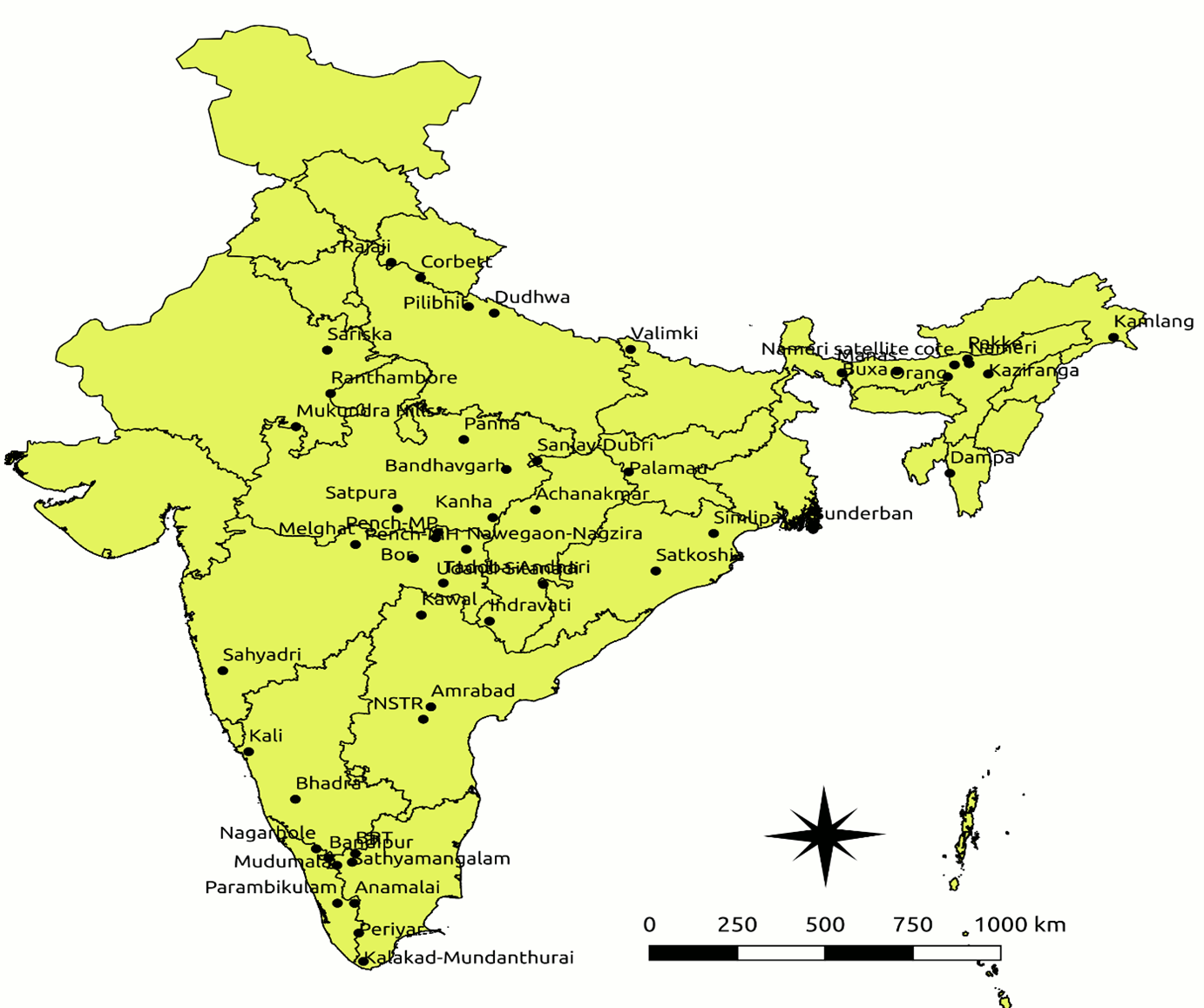 Which if the statements given above is/are correct?  (2014)

In News: UNESCO released a list of 50 exclusive and iconic heritage textile crafts of India.

Some of the iconic handcrafted textiles documented

MUST READ: Textile in India

The rankings were based on the areas of:

India: Secured the 40th position in the Global Innovation Index.

In News: About 175 persons allegedly involved in drug smuggling have been arrested in different parts of the country in an operation led by the Central Bureau of Investigation (CBI) in close coordination with Interpol, the Narcotics Control Bureau (NCB) and the police forces.

Why is the Bhavnagar port important?

The Bhavnagar port is in close vicinity to the Dholer Special Investment Region (SIR) and is expected to serve the industries that set up base in the region. It is already connected to the northern hinterland through a railway line that extends to the existing berths at the port.

Introduction: Considering the genetic altering impact on the human body and biodiversity loss, reduction in pesticide usage i.e., chemical farming should have become an Indian government’s  priority long ago.

With reference to Indian agriculture, we will discuss organic farming for sustainable and stable development over chemical farming in detail:

What is organic Farming?

What are the principles adopted in Organic Farming in India?

Need of encouraging the use of organic farming in India:

Challenges in Organic Farming in India:

Shortage of Biomass: experts are not sure whether all the nutrients with the required quantities can be made available by the organic materials. Even if this problem can be surmounted, they are of the view that the available organic matter is not simply enough to meet the requirements

Disparity of Supply and Demand: Non-perishable grains can be grown anywhere and transported to any location but this is not the case with fruits and vegetables.

Time: organic farming requires greater interaction between a farmer and his crop for observation, timely intervention and weed control for instance.

High MRP: It is almost obvious that due to the extreme care taken to go along with organic farming, the results would be kept at a high price.

Lack of special infrastructure: Most large organic farms still operate in an industrialized agriculture style, including industrial transportation of the food from field to plate. Unfortunately, this involves the adoption of the same environmentally harmful practices as those of factory farms which are however hidden under the cover of being organic

One District – One Product: The programme aims to encourage more visibility and sale of indigenous and specialized products/crafts of Uttar Pradesh, generating employment at the district level.

The Organic Farming Action Programme: The objective is to promote and significantly develop organic farming by means of priority measures

Participatory Guarantee System (PGS): PGS is a process of certifying organic products, which ensures that their production takes place in accordance with laid-down quality standards.

An emphasis should be given to organic farming. Sikkim is being such a state to recognise it early and becoming a 100% organic state. Other states should work for the same.

Context: Congenital Heart Disease (CHD), which the Centres for Disease Control and Prevention (CDC), U.S., acknowledges to be the most common congenital disorder, is responsible for 28% of all congenital birth defects, and accounts for 6 to 10 % of all the infant deaths in India.

It taxes the vulnerable and the marginalised the most:

Which of the above-mentioned TR are located in Uttar Pradesh?

How many given pairs above is/are correctly matched?

Q.3) Which among the following organization releases the “Global Innovation Index”?

ANSWERS FOR ’1st October 2022 – Daily Practice MCQs’ will be updated along with tomorrow’s Daily Current Affairs.