Context: The SC has called it a caged parrot, and CJIs have expressed doubts over its credibility and said it is no longer trusted. Attempts to secure its independence have been opposed or overturned by successive governments.

In this regard, let us know the institution in detail:

History of Central Bureau of Investigation:

In 2014, the Lokpal Act provided a committee for the appointment of CBI Director:

Jurisdiction of Central Bureau of Investigation:

In News: The Prime Minister launched the National Logistics Policy (NLP) at Vigyan Bhawan, New Delhi; a significant step in fulfilling the ‘Pran’ of India being a developed country.

India is the 5th largest economy in the world but the logistics cost is high at around 13-14%.

Under the policy a new digital platform Ease of logistics Services -E-Logs has also been started. Through this portal, industry associations can directly take up any such matters which are causing problems in their operations and performance with the government agencies. 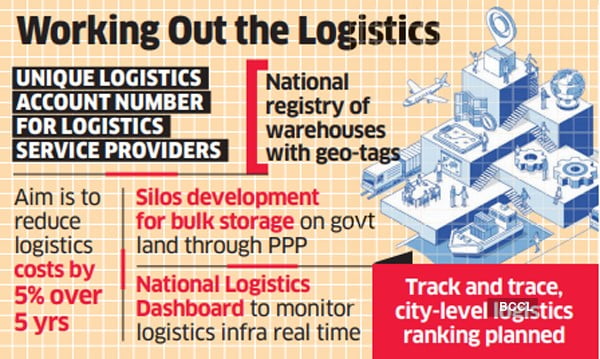 The PM said, “When parameters, roadmap and timeline for performance come together then policy plus performance equal to progress emerges”

The world is looking at India as a ‘democratic superpower’ and the ‘extraordinary talent ecosystem’ of India has impressed the field experts. Today the world’s attitude towards India is changing for the better.

In News: As per the data collected by the Indian Medical Association, over 1,800 doctors have died in the line of COVID-19 duty.

However, dependents of doctors got just over 20% of the total money distributed under the insurance scheme for health workers.

A special leave petition has been filed in the Supreme Court in this context.

In news: National Assessment and Accreditation Council (NAAC) withheld the grading of the Maharaja Sayajirao University of Baroda after receiving an anonymous complaint that the university unduly tried to influence the peer review team with gold, cash and other favours.

The council is currently considering reducing the role of the peer team visits in the overall scheme of things.

A UNSC resolution is of two kinds:

Important Resolutions adopted by the Security Council in 2022:

In News: Recently, a bench of five judges of the Supreme Court has been constituted so as to determine whether the Constitution 103rd Amendment Act, 2019 violates the “basic structure of the Constitution”.

Components of the Doctrine:

The Constitution of India is an organic or living document and needs to be amended with the changing time and needs of the society. The framers of the Indian Constitution were aware of the fact that no generation has a monopoly of wisdom nor has it the right to place its decisions on future generations to mould the machinery of government according to their requirements. However, such power of amendment must be used judiciously.

Ninth Schedule of the Constitution

Amendments as per article 368

Context: In recent Sweden elections, the Social Democrats a party with origins in the neo-Nazi movement conceded defeat even as Moderates are expected to form the government with other right-wing parties offering support.

Socialism and social democracy in Scandinavian:

Success of the Nordic countries:

The hijab case and the essential practices doctrine

Context: A two-judge Bench of the Supreme Court of India is presently hearing arguments on the correctness of a Karnataka High Court judgment that upheld the ban on the use of the hijab by students in Karnataka.

The Karnataka HC, while it upheld the restriction on Muslim women wearing a hijab in educational institutions, made three primary findings in its judgment:

To decide on the correctness of this verdict, the Supreme Court need not answer all the questions posed before it. A reversal of any of the three findings made by the High Court ought to result in a nullification of the ban.

Essential religious practice (ERP) test is a doctrine evolved by the supreme court (SC) to protect only such religious practices under fundamental rights, which are essential and integral to religion. The doctrine of “essentiality” was invented by the SC in the Shirur Mutt case in 1954.

The essential practices doctrine owes its existence to a speech made by B.R. Ambedkar in the Constituent Assembly: “Ambedkar was striving to distinguish the religious from the secular, by arguing that the state should be allowed to intervene in matters that are connected to religion but are not intrinsically religious”.

The Sabarimala verdict on ERP:

But until such time as the essential practices doctrine is overruled by a Bench of more than seven judges, the Court is bound to apply its tenets. Perhaps that reassessment will happen when a nine-judge Bench constituted in the review petitions filed against the judgment in the Sabarimala case passes judgment.

For now, any Court hearing a matter touching upon a matter of faith including wearing hijab has the unenviable task of acting not merely as an expert on law but also as an expert on religion.

Q.1) A legislation which confers on the executive or administrative authority an unguided and uncontrolled discretionary power in the matter of the application of law violates which one of the following Articles of the Constitution of India? (2022)

Baba’s Explainer -CBI and its troubles

CBI and its troubles

Context: Time and again, Supreme Court has called out on the partisan nature of CBI, India’s premier investigative agency. CBI has been termed as “caged parrot” pointing towards subordination of agency to the executive and its disastrous consequences for the cause of justice.

Read Complete Details on CBI and its troubles

Q.3) Consider the following statements regarding Central Bureau of Investigation (CBI) in India:

ANSWERS FOR ’20th September 2022 – Daily Practice MCQs’ will be updated along with tomorrow’s Daily Current Affairs.