The big buzz at the World Economic Forum (WEF) in Davos this year is about the ‘Fourth Industrial Revolution’, described by the founder and executive chairman of WEF, Klaus Schwab, as a “technological revolution that will fundamentally alter the way we live, work and relate to one another”.

How effective and efficient can fourth industrial revolution be?

How important is the fourth industrial revolution for India?

Public investment: for a new normal

What does the figure say—

Ethiopia in Africa-its economy is growing at an average annual rate exceeding 10% since 2004 due to a massive increase in public investment, translating into:

Bolivia, Latin America- One of the rare mineral exporters with annual GDP growth to remain above 4% has employed public investment as their engine of growth

The big military challenge- PM has a bold vision for defence reform. Can his defence minister deliver?

PS - The two editorial/links are clubbed into one mind map. 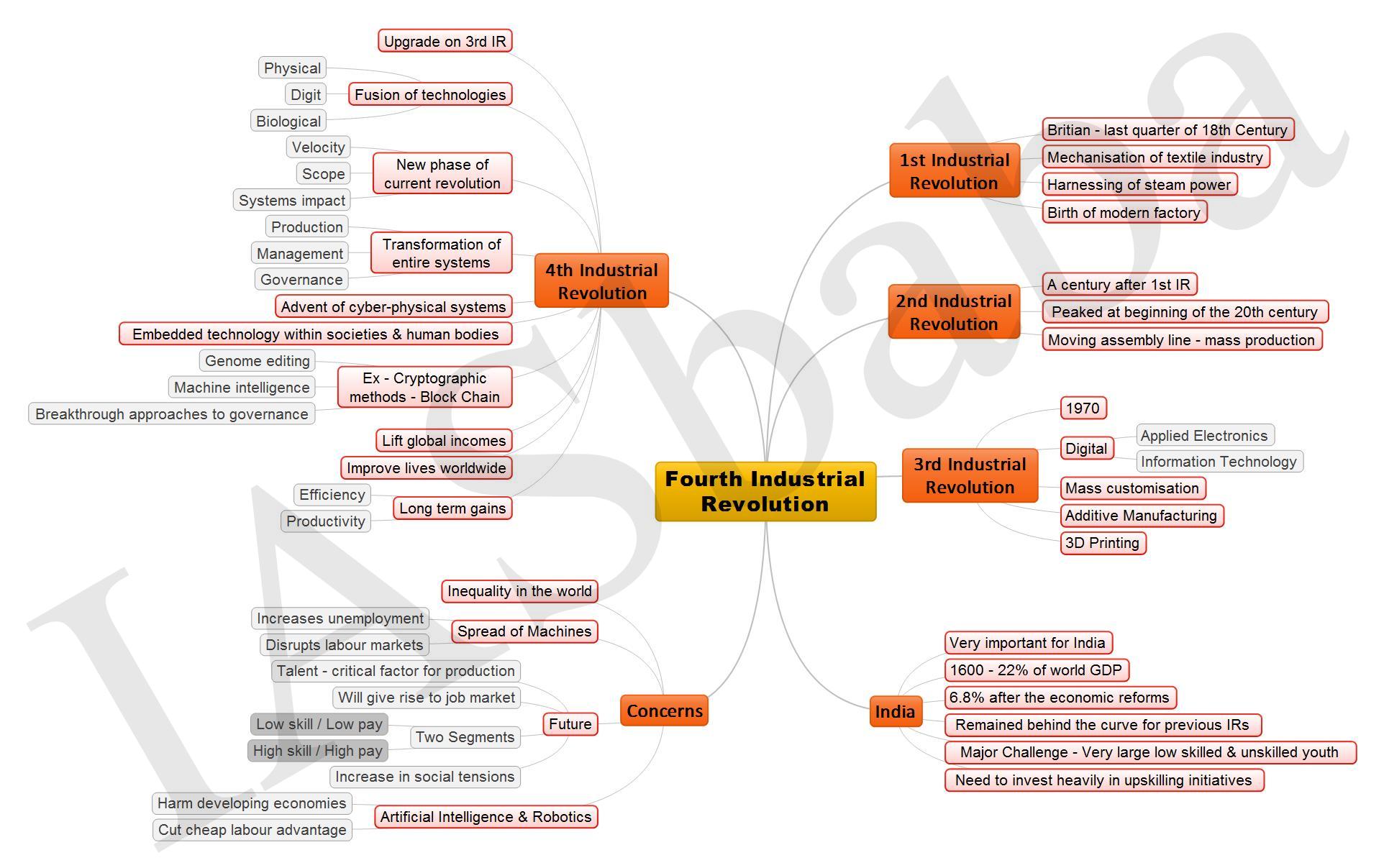