The growth track is near

In news: Recently, the National Income for 2016-17 were released. The data forms a part of the 'Provisional Estimates of Annual National Income 2016-17 and Quarterly Estimates of Gross Domestic Product 2016-17' released by the Ministry of Statistics and Programme Implementation 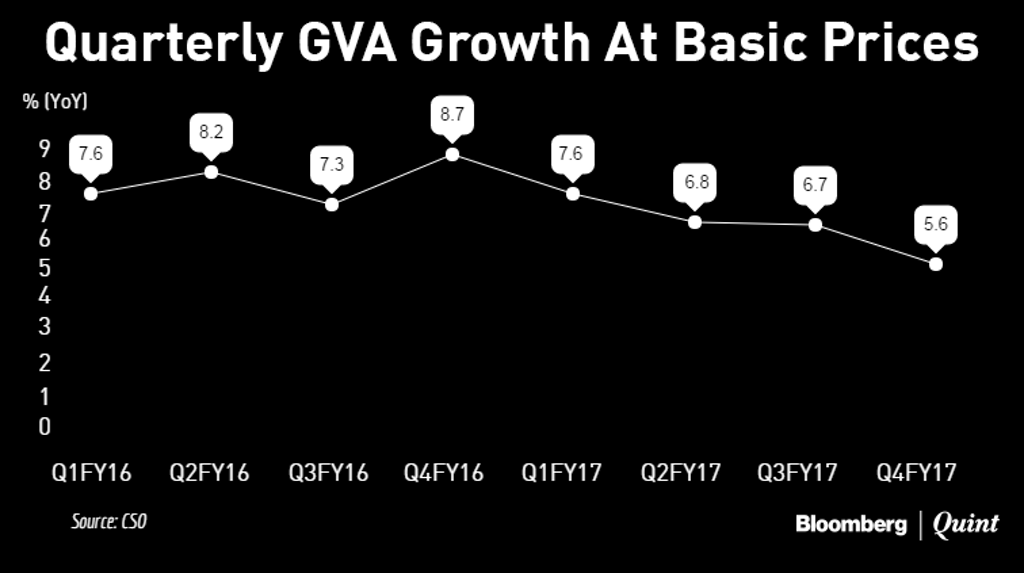 National income is hard to estimate, particularly in economies like India where the informal sector accounts for much activity and employment, thus making difficult to capture official data.

However, there are other factors too which had an impact in growth.

While the adverse effects of demonetisation on GDP are clearly seen, it is difficult to decipher how much of the decline in growth rate in the January-March quarter is due to demonetisation and how much due to the underlying declining trend.

The macroeconomic stability parameters are in good shape with prices being in control. The central government’s fiscal deficit target is being adhered to as mentioned in budget.

With the monsoons expected normal in 2017, it is the most appropriate time to convert sentiment to firm action with a big push on private investment. Along with it, social harmony and law and order also are the pre-requisites for faster growth and hence shouldn’t be ignored in race to achieve high growth.

Providing safety-net: Pension for all

According to a recent report by the World Economic Forum, the retirement savings gap in India is estimated to escalate to $85 trillion by 2050. And as most people in India do not have any kind of insurance and, as the population ages, it will also be pension less. The retirement savings gap will not only affect the quality of life of retirees, but can also pose macroeconomic challenges. As the proportion of retirees rises in the population, a shortfall in retirement income will affect consumption and growth. It will also affect fiscal sustainability as governments will have to spend more on retirees even in countries that do not have a state-funded retirement system.

What is NPS? NPS (National Pension System) is a defined contribution based Pension Scheme launched by Government of India with the following objectives-

It is based on a unique Permanent Retirement Account Number (PRAN) which is allotted to each Subscriber upon joining NPS.

Providing safety-net pension for all:

It should be the responsibility of the government to provide a pension income for all citizens that acts as a ‘safety net’ and prevents those who miss out on other forms of pension provision from dropping below the poverty line.

A new Rs 5,000-crore pension formula is in process. It is expected to benefit more than five million central government employees. The new formula will calculate pension based on the latest drawn salary for a particular post.

The new method was fixed by an empowered committee of secretaries (Ecos) headed by secretary (pensions).

The seventh pay commission recommended that pension could be calculated by two methods:

However, the incremental method was found to have lacunae as 20% of records were found to be missing in various government departments, and officials felt this could lead to litigation in future.

To avoid legal hurdles, the Ecos came up with the pay fixation method.

What more needs to be done?

OBOR has no basis in China's history

The republic of compromise

The age of blow back terror

Aghan mini-surge has a strategy deficit

For a callibrated approach to reforms